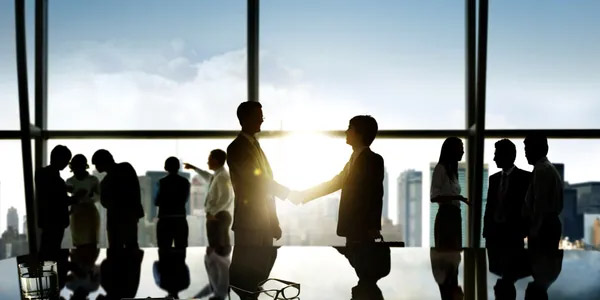 A real estate dispute is referred to as a property dispute. While it may appear to be a straightforward concept, the term “property conflict” encompasses a vast range of potential issues involving various types of property. A vacant lot, a house, a deck, a condominium, a mobile home, a pond, a road, and other aspects of real estate could all be involved.

Property conflicts can be minor or major, and they can sometimes impair the marketability of a title (though they don’t have to). A property dispute could emerge, for example, if a new home builder pours a concrete driveway for a brand-new home, but the driveway accidently crosses over the neighbor’s land by six inches. This is a minor issue that, if not addressed, has the potential to grow into a greater problem in the future.

In a property dispute, who can get involved?

It’s crucial to remember that towns and municipalities can become involved in a property dispute. Cities have the power to hold land and frequently have offices that control land use and provide building permits (such as a city or town planning department).

What Kinds of Property Disputes Are There?

As previously said, property conflicts can range in size and intensity from minor to major. The following are some examples of common property disputes:

Boundary Disputes: These might occur when neighbors argue over the placement of a property line.

Landlord-Tenant Disputes: These might occasionally include a disagreement about who is responsible for property damage or repairs, whether there was enough damage for the landlord to keep the tenant’s security deposit, or eviction difficulties.

Zoning Issues: This includes determining whether the property is being used for the same purpose for which it was zoned, as well as the town’s zoning rules and whether the owner needs to apply for a variance.

Homeowner Association Responsibilities: This may raise the question of whether the HOA is responsible for some aspects of the neighborhood’s care and maintenance.

Utility Easements: It’s not uncommon for homeowners to be unaware of utility easements on their land.

Ownership Disputes: This raises the question of who is the legal owner of a piece of property.

When we think of a property dispute, we typically think of a boundary dispute. For example, a homeowner may erect a fence in their backyard and mistakenly cross the property boundary into the yard of a neighbor. Maybe there’s a tree between two houses, and one of the neighbors wants to take off the branches that are arching over her roof–who owns the tree?

Boundary issues are frequently settled, at least in part, by doing a proper survey on the property (especially if you plan on erecting a fence). Other property conflicts might grow more complicated, especially if you’re having trouble determining who owns what.

What does a “Cloud” in a title mean?

In general, a “fog” on title refers to any irregularity or unresolved claim in the property’s chain of title. This usually means that the property has an unsettled claim, a lien, or some other encumbrance on it that prevents ownership transfer from one party to another. Clouds on title are frequently discovered during a property’s title search.

A reasonable question regarding lawful title, for example, can have a direct influence on an upcoming sale–if the party that signed the contract to sell the property does not own it, they have no right to sell!

An expert real estate attorney can study the chain of title in the county records and determine if correction documentation should be drafted and filed with the county or whether a quiet title lawsuit should be filed to clear up the situation.

Smaller clouds can be seen in the title. You can get rid of an IRS tax lien by paying any back taxes you owe (which you can do with or without the assistance of an attorney).

Other elements on title, such as HOA covenants, zoning requirements, and registered easements, may be listed as “clouds,” but these items do not always effect the transfer of ownership. While these elements have an impact on the property, buyers should be made aware of them because they may change how the property is used.

What are the Legal Options for Property Disputes?

Property dispute remedies are frequently determined by the nature of the issue and the state in which the property is located. Injunctions, judicial sales, monetary damages, and quiet title proceedings are all possible remedies.

In some situations, the court may decide to resolve the issue by holding a judicial sale of the property. This is particularly prevalent in foreclosure cases where a homeowner has fallen behind on his or her mortgage payments.

Partition actions, in which co-owners of a property no longer desire to be co-owners, are another kind of judicial sale. In a partition case, the court may order that the property be sold and the revenues distributed to the co-owners in proportion to their share of the property’s ownership.

The purpose of monetary damages is to compensate you for any losses you may suffer as a result of the property dispute. For example, if a new home builder pours a concrete driveway six inches over the property line, and you have to pay to have the driveway dug up and corrected, the builder may be ordered by the court to pay monetary damages. If a neighbor, for example, cuts down one of your trees, you may be entitled to monetary compensation (like the value of the tree).

Quiet title actions are a sort of lawsuit used to determine legal ownership of a property, and they’re more common when the public record’s chain of title isn’t full.

If I have a property dispute, do I need to hire an attorney?

It depends on the circumstances surrounding the property issue. A problem can sometimes be handled just by talking to your neighbor and establishing a positive connection with them. When it comes to minor disagreements, politeness and respect can go a long way. If it gets to the point where you think a demand letter is necessary, you can talk to an attorney about it.

However, there are specific circumstances in which you should get immediate legal advice from an experienced real estate attorney, particularly if someone is attempting to claim ownership of your property or if there is a true issue with the property’s title. Property rules vary widely depending on which state you live in, so speaking with a local attorney who is familiar with property laws in your area can be highly beneficial.

A local real estate attorney can guide you through the matter, examine the property’s public records, and give you the best advise on how this may affect your property and how to proceed. In some cases, your attorney can also defend you in court (if necessary), work with you to resolve any title issues, and assist you in removing any liens from your property.